Days
Hours
Minutes
Seconds
Join in on the fun! 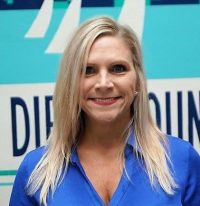 Tracey Williams has over 15 years of accounting and finance experience.  Until recently, Tracey was the Principal Tax Analyst for Sempra Energy.  Prior to joining Sempra Energy she was the Chief Operating Officer of a local fitness chain in San Diego.  Tracey received her Bachelors in Accounting from San Diego State University and is currently pursuing her CPA license.  Tracey’s other affiliations include: LEAD San Diego Graduating class of 2009, actively participating in the Big Brother Big Sister program, Sempra recruiting and Junior Achievement. 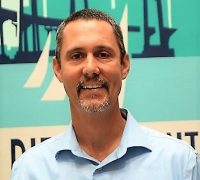 Mr. Benson serves as 1st Vice President on the Urban Corps of San Diego Board of Directors, the LEAD San Diego Alumni Council, and has been a member of other boards such as the Community Resource Center and the Carlsbad Library Board of Trustees. He is a graduate of the City of Carlsbad Citizens’ Academy and the LEAD San Diego Program where he was awarded the LEAD San Diego Herbert G. Klein Visionary Award for making significant leadership contributions to the San Diego community. He served in Bolivia as a Peace Corps Volunteer and as a member of the Butler University Board of Directors. Mr. Benson was also selected as a “Power to Be” in the December 2008 issue of San Diego Magazine.

​Mr. Benson earned Bachelor’s degrees in International Studies and Political Science from Butler University in Indianapolis, Indiana. He also holds a Master of Arts in Latin American Studies from the University of California, San Diego and a Doctor of Education in Organizational Leadership from Pepperdine University. 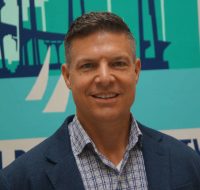 Kevin A. Schlegel, Lieutenant Colonel, USMC (ret.) is with American Mortgage Network where he works as a residential mortgage loan originator with multiple state licenses. He resides in San Diego with his wife and three children.

In his more than 20 year career with the Marines, Lieutenant Colonel Schlegel served primarily as a Naval Aviator with multiple overseas and stateside assignments and as an Aviation Acquisition Management Professional. He was assigned to the Pentagon as the Chief of Staff for the Deputy Assistant Secretary of the Navy for Research, Development, Test and Evaluation. He also attended the Naval Postgraduate School in Monterey, CA and led the USMC Regional Contracting Office Far East in Okinawa, Japan where his office handled procurements for the entire western Pacific region.

Additionally, he has served as a Program Manager on the F-35 Joint Strike Fighter with a focus on jet engine production as well as a professor of DoD Systems Acquisitions Management at the Defense Acquisitions University in Fort Belvoir, Virginia. Lieutenant Colonel Schlegel has degrees from the University of Oklahoma with a Bachelor of Arts in Classics & Letters and a Masters of Business Administration “with distinction” from the Naval Postgraduate School in Monterey, CA. He is a graduate of the Naval Aviation Safety School, Marine Corps Amphibious Warfare School, and the Program Manager’s Course.

Lieutenant Colonel Schlegel has accumulated over 2,000 flight hours in the KC-130 “Hercules” and his decorations include the Defense Meritorious Service Medal, the Navy and Marine Corps Commendation Medal, the Korea Defense Service Medal, and various unit awards and citations. He is the recipient of the Assistant Secretary of the Navy for Research Development and Acquisition Award for Acquisition Excellence and the Defense Acquisition University Military Officer of the Year Award. 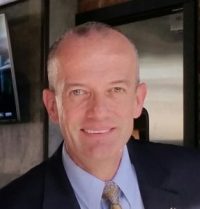 Mario X. Sierra spent 31 years with the City of San Diego before retiring from his position as the Environmental Services Director. During his career, Mario served as the Director for four separate Departments including General Services, Transportation & Storm Water, and Department of Information Technology.

Mario also served as an Emergency Operations Center Director and has extensive, broad municipal government experience. Mario is a seasoned manager with extensive budgetary experience, contractual knowledge and strong negotiating skills. Prior to joining the City of San Diego, Mario worked for a Consultant and General Engineering Contractor. He received a B.S in Applied Mechanics & Engineering Sciences from the University of California San Diego and a Master of Public Administration from National University. Mario is a 2004 LEAD Graduate and a 2003 Graduate from the Chicano Federation Leadership Training Institute. Mario was active in professional organizations including American Public Works Association, US Conference of Mayors – Municipal Waste Management Association, League of California Cities – Environmental Quality Policy Committee and the Solid Waste Association of North America.

Mario has been active with nonprofit community organizations since high school including the Society of Hispanic Professional Engineers, Casa Familiar, MANA de San Diego and most recently served as the Chair for the Chicano Federation. 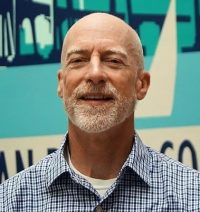 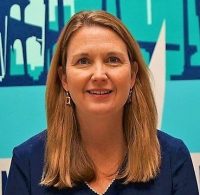 Camille also counsels employers on day-to-day employment matters and advises employers regarding new legal developments in the workplace. Prior to joining the firm, Camille served as a judicial extern for the Honorable Judith McConnell, California Court of Appeal, Fourth District, and for the Honorable Anthony Battaglia, United States District Court.  She also worked as a law clerk for the Employee Rights Center and the San Diego Volunteer Lawyer Program.

In addition, Camille has nearly 20 years of professional experience in marketing, communication, and development.  She has extensive experience with non-profit organizations and the hospitality industry. 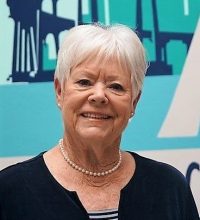 Ingrid Nielsen was born and raised in San Diego and is an active community member with a long history of support for the Urban Corps. She served as Secretary on the Board of Directors for Nielsen Construction, and served for seven years on the board of San Diego Youth and Community Services. Ingrid holds a bachelor’s degree in Business Economics and Sociology from the University of California at Santa Barbara.

Ingrid succeeds her mother, the late Charlotte Nielsen who served on the Urban Corps board from 2003-2011. 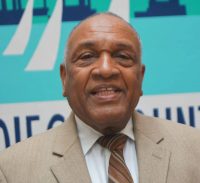 Leon Brooks is the principal and founder of Leon Brooks & Associates, a problem-solving design firm that specializes in designing spaces to accommodate specific needs, functions, and activities. Projects are developed from conceptual design through construction completion and range from medical centers and educational institutions to residential development. Mr. Brooks is adept at managing and developing cohesive teams and overseeing approvals from government agencies and planning departments to ensure project success.

Mr. Brooks is a skilled environment and land use professional and currently serves on the San Diego County Planning Commission. 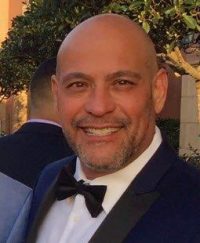 As the Director of Automation & Process Optimization, Matt is responsible for creating robotic automation at Nike Inc. Matt has a demonstrated history of leadership and accolades within the technology industry specifically in the areas of wireless communication, education, and robotic automation. Prior to joining Nike Inc., Matt was the Finance Automation Controller at Intel Corporation in Portland, Oregon and spent 12 years at Qualcomm overseeing the financial reporting for multiple start-up companies under the Qualcomm umbrella. Matt served as project lead for the launch of a Qualcomm Global Shared Services Center in India as well as drove the roll out of Robotic Process Automation across Qualcomm Finance.

As Intel Corporation and Qualcomm have global operations, Matt has been fortunate to have visited many of these locations. His past responsibilities have also allowed him to live in Hyderabad, India and Taipei, Taiwan to support his business projects.

Matt earned a Bachelor’s Degree in Business Management from New Mexico State University. He lives in Portland with his husband Joe. 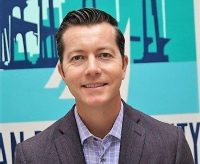 Mark Lewkowitz is a 10+ year veteran in the commercial real estate business in San Diego and has been a part of the significant growth in the San Diego market over that period of time. Mark specializes in providing successful business solutions for industrial owners and investors, specializing in warehouse, manufacturing, and distribution facilities. His years of experience in dealing with strategic planning, financial analysis, and 1031 exchanges have resulted in a very loyal client list.

Mark is known for his hard work, dedication and always exceeding his client’s expectations. He keeps abreast and current of the ever-changing industrial and office markets. He has been responsible for negotiating a wide range of transactions, including leases, subleases, purchases and sales.

Mark earned a bachelor’s degree in Economics from University of California, San Diego. While he attended UCSD he was a member of the Men’s Basketball Team. Mark is also an active member of NAIOP Developing Leaders and the Smart Growth Coalition. His civic affiliations include the National City Boys and Girls Club and Big Brothers Big Sisters of San Diego County. 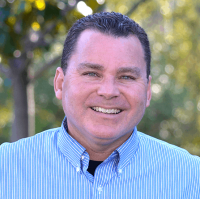 In 2008, Richard was elected to the San Diego Unified School Board, representing the communities surrounding San Diego and Hoover High Schools. During a period in which public schools in San Diego faced historic budget cuts from the State of California, Richard helped build coalitions of parents, students, teachers, classified workers, administrators and community leaders to protect the outstanding work going on in neighborhood schools. This process of community-based reform – distinct from top-down corporate reform – has produced unprecedented gains in student achievement, narrowing of the achievement gap, and reduced dropout rates in San Diego’s public schools.

San Diego Unified is now recognized as one of the top performing large, urban districts in the nation, and has received prestigious awards for its groundbreaking work in science instruction, arts and music education, career technical education, and classroom technology. Under Richard’s leadership, San Diego Unified has also passed two bond measures totaling nearly $5 billion in taxpayer investment. Richard was re-elected to the School Board in 2012 with 100% of the vote. 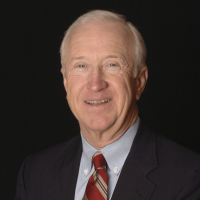 Dick Freeman joined the Padres as Chief Financial Officer on January 1, 1981. Prior to joining the Padres, Dick served as an officer in the U.S. Navy, as a CPA with the firm Peat, Marwick, Mitchell and Co. (Today’s KPMG) and Controller and Treasurer of Central Federal S&L of San Diego.

Dick currently serves on the Board of Trustees of the Salk Institute and the National Board of the March of Dimes Foundation, the San Diego Economic Development Corp. and the San Diego International Sports Council. He and his wife Judi have one daughter, Heather. She and her husband Rob are attorneys living in Boston. The Freeman’s live in La Jolla, CA. 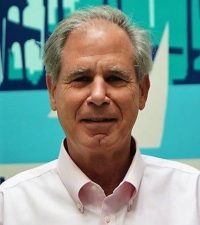 Board Member Emeritus
Legal Counsel to the Board of Directors

Gino Mazzanti is an attorney who earned his law degree from California Western School of Law in 1976. He has been in private practice with the Law Offices of Gino V. Mazzanti in San Diego since 1977. His practice concentrates in the field of business law where he is engaged in forming and advising partnerships, corporations (both for profit and not for profit) and limited liability companies. He also handles business litigation. He is currently general counsel for the following nonprofit corporations: Interface Community Services, Inc., OpenOceans Global Inc., and Chapel Of Awareness Spiritual Church Corporation. 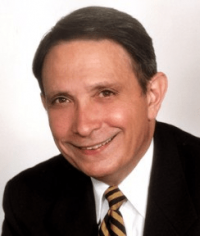 Wil Williams is past Senior Vice President of Corporate Communications and Public Affairs for Titan Corporation (now L-3 Communications). Wil has served in various public affairs and communications positions in government and industry, ranging from the Office of the Secretary of the Air Force Public Affairs to prominent Fortune 500 companies. He is a retired Air Force officer, pilot, and author.

As Former Chairman of the Board of Selectmen for the town of Windham, New Hampshire, Mr. Williams oversaw the acquiring and conserving of land and maintained direct authority over the Conservation Commission, a Board-appointed and advisory body that oversees day-to-day conservation matters and conducts research into local land and water areas, dealing with habitat, wetland and aquifer protection. He oversaw Site Plan, Subdivision, developmental, and land-use approvals for adherence to local and state requirements and regulations, and to provide buffer zones between and prevent any impact with habitat, wetland and aquifer protections or any land deemed to be conserved.

Mr. Williams resides in Carlsbad with his wife, Clare.